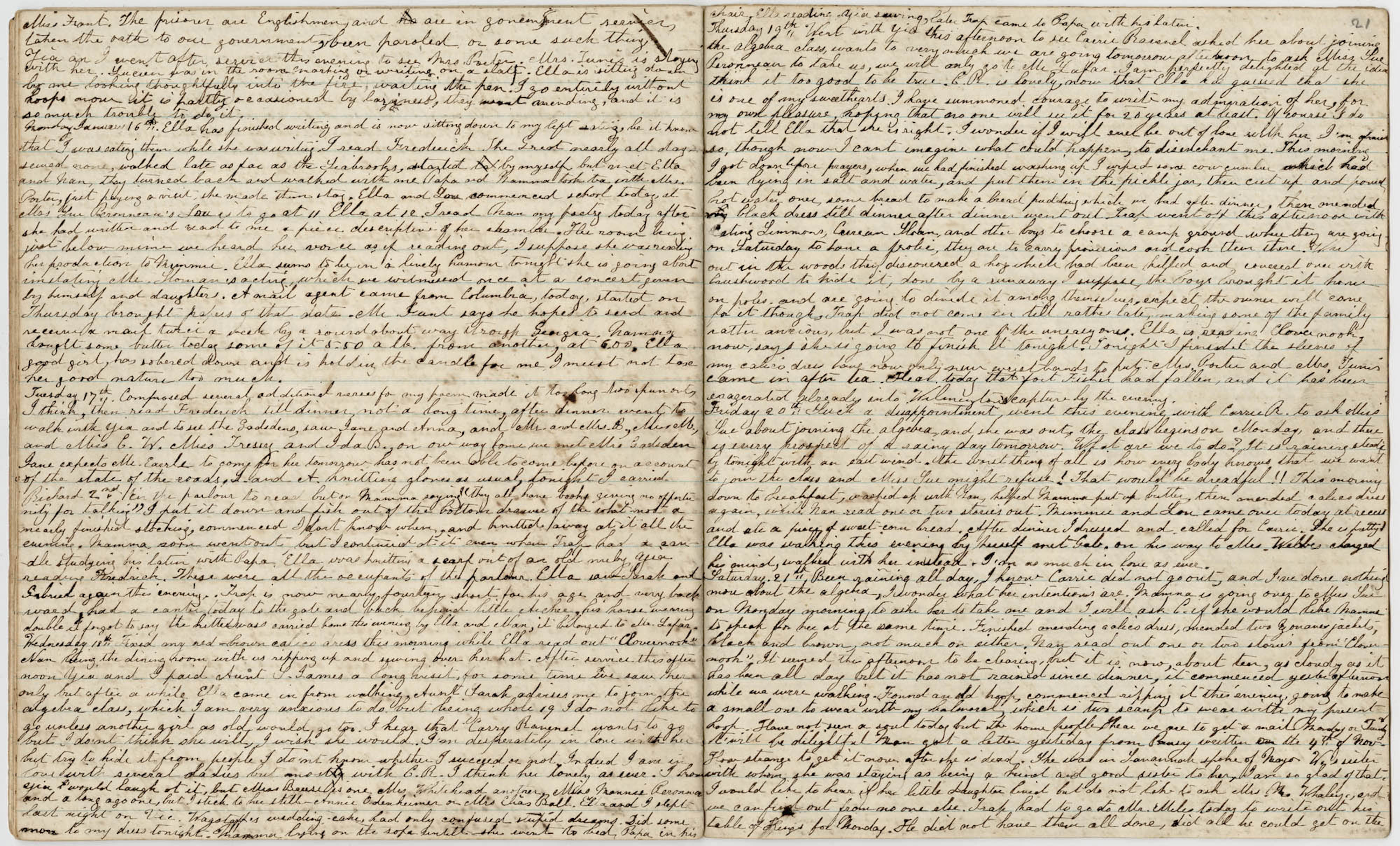 The Wilkinson-Keith Family Papers consist of correspondence and other documents among the Wilkinson, Keith, Siegling, Haskell, and Marshall families and their friends dating from 1785 to 1920. The bulk of the correspondence dates from 1820 to 1890, a large portion of which chronicles Willis Keith’s experiences as a Confederate soldier in 1862-1863.

Antebellum correspondence discusses Charleston fires, great details of family illnesses and their cures, plantation life (more specifically, destruction/endurance of crops and treatment of slaves), and general details about everyday life. Civil War-era correspondence is largely concerned with battles and rumors of battles, descriptions of military preparations and blockades, the value of Confederate currency, debt, and family illnesses. Willis Keith’s correspondence discusses his experiences in specific battles, loss of troops, impressions of the war from his accompanying slave, Paris, and his comrades’ slaves, inquiries about life back home, and some political reflections and opinions on the Confederacy.

Post-Civil War correspondence consists mostly of communication between Alexander Marshall and his wife Magdalen Elizabeth Keith. This correspondence discusses many trips up and down the east coast, various problems with traveling, financial matters, and the 1886 Charleston earthquake.

In addition to correspondence, the Wilkinson-Keith Family Papers contain a number of diaries and other miscellaneous documents. There is a notebook (undated) used for “cookery” belonging to Elizabeth M. Marshall, wife of Reverend Alex W. Marshall, an album of colorful storybook pictures likely belonging to Aunt Nan Keith [Marshall] dated 1964, a printed diary of Rev. Isaac Chanler (1700-1749) with additional notes from 1920, Anna B. Wilkinson’s diary (1834), two diaries of Magdalen E. Keith (1865-1869 and 1868), and a pamphlet entitled “The Confederate Medical Officer in the Field.”

Other miscellaneous documents in the collection include telegraphs, legal documents, and genealogical information with a family tree of the Wilkinson, Keith, Siegling, Haskell, and Marshall families.

The Wilkinson and Keith families merged in 1831 when Rev. Paul Trapier Keith (b. 1801) married Anna Bella Wilkinson (1809-1884). The Trapier (from his mother’s side) and Keith families had been living in the Georgetown area since well before the Revolutionary War. The antebellum correspondence in this collection consists mostly of Anna Bella’s correspondence with her parents, Eleanora Withers Wilkinson and Dr. Willis Wilkinson (b. ca. 1780), and her brothers and sisters, William, Sarah, Mary Wilkinson Memminger, and Virginia Wilkinson Belin. Later correspondence includes letters from her sons and daughters, Willis Wilkinson Keith (1839-1885), who served in the Confederate Army, Dr. John Alexander Wilkinson (1849-1901), Magdalen Elizabeth Wilkinson (“Maddie,” 1845-1919), Mary Pauline Wilkinson (“Mimmie”), and Paul Trapier Keith.

In 1868, Magdalen Elizabeth Keith married Alexander Washington Marshall (1845-1906). Most of the post-Civil War correspondence is between this couple, and some later letters are from their young children. 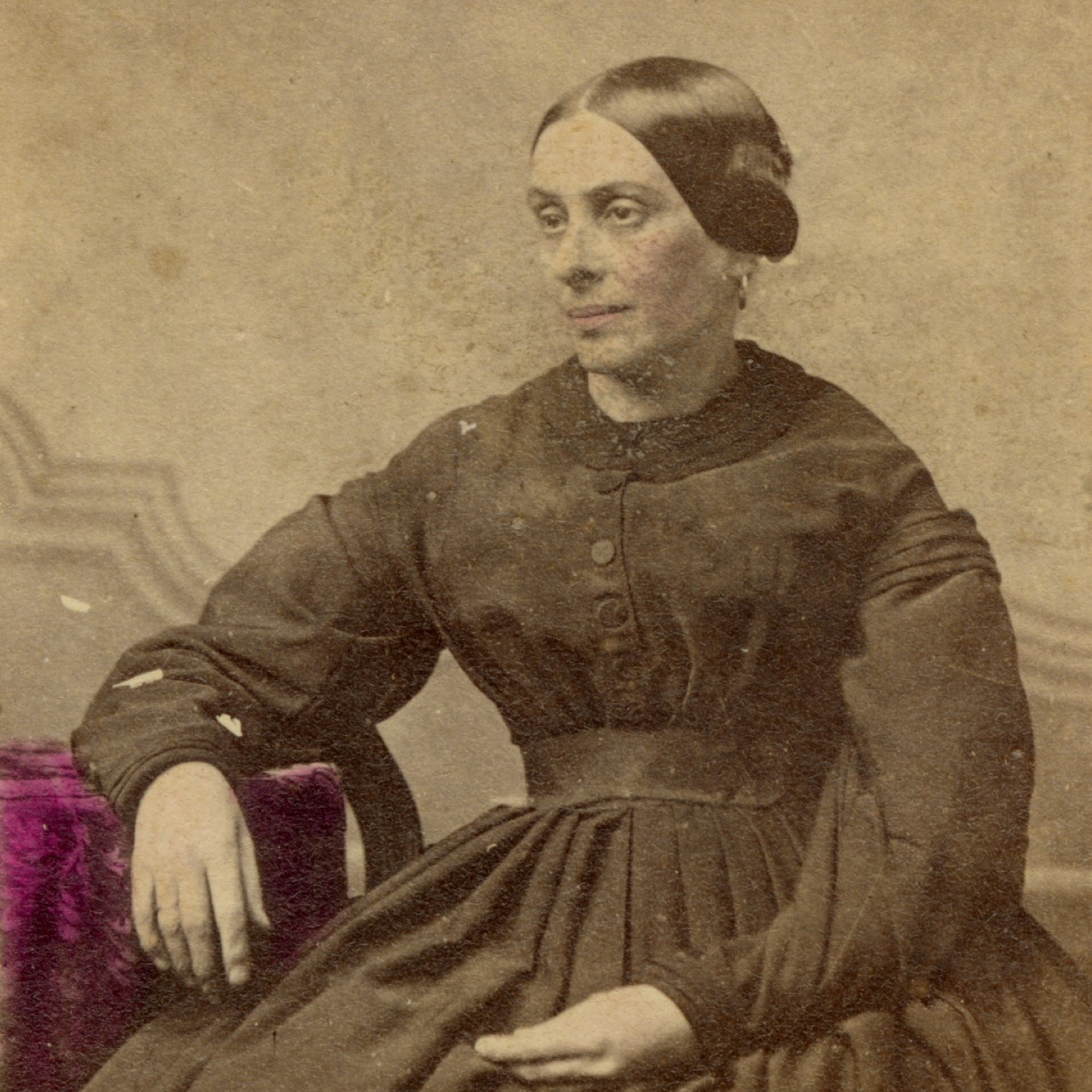