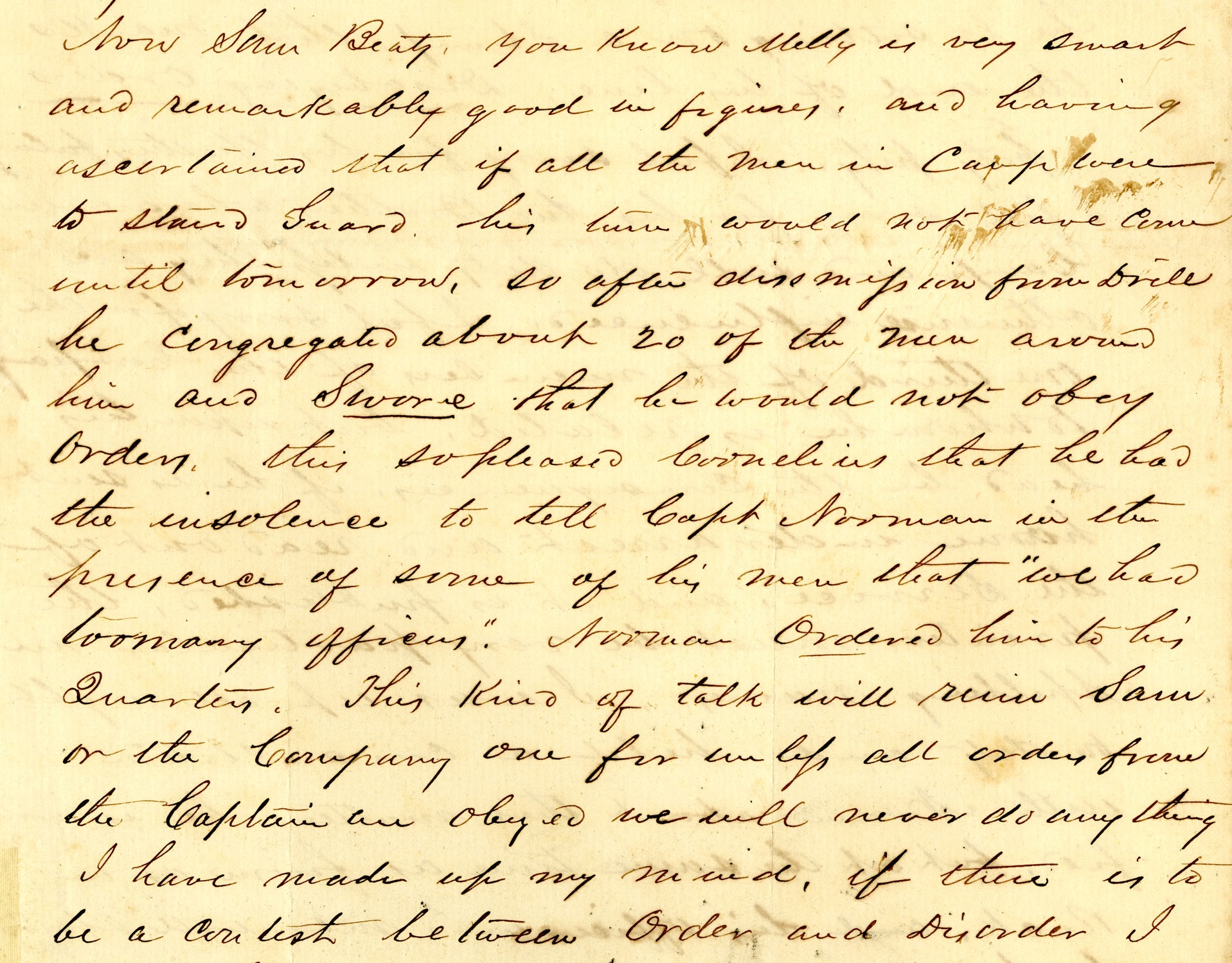 The John R. Beaty Letters is a collection of thirteen letters dated from August 18, 1860 to February 8, 1862 and four undated letters written in that same time period. Beaty was born in Conwayborough (Conway), South Carolina on August 16, 1827 and died in February, 1865. The first three letters, written in August 1860 to his friend and relative Dr. James Henry Norman, are his colorful descriptions of a trip from Conwayborough to the South Carolina upstate resort of Williamston Spring prior to the secession of South Carolina from the Union on December 20, 1860. The rest of the letters are written to his wife, Melvina (Melly), his daughter, Isabella (Isa) and his son, Edgar (Ned, Edy) during the War Between the States. Those letters describe Confederate military camp life on North Island and Cat Island, located at the mouth of Winyah Bay in Georgetown District, South Carolina, and his inquires about the state of affairs at home in Conwayborough. At the time, Beaty was a 2nd Lieutenant in Company B (Brooks Rifle Guards), 10th South Carolina Infantry Regiment, Manigault’s Brigade. In March, 1862 the regiment was sent to Mississippi and in May, 1862 it was reorganized. John R. Beaty died in February, 1865 at his home in Conwayborough after being severely wounded by friendly-fire received when he and others went out in the night to defend the town from a threatened attack by lawless armed deserters who were raiding citizens throughout Horry and the surrounding districts. 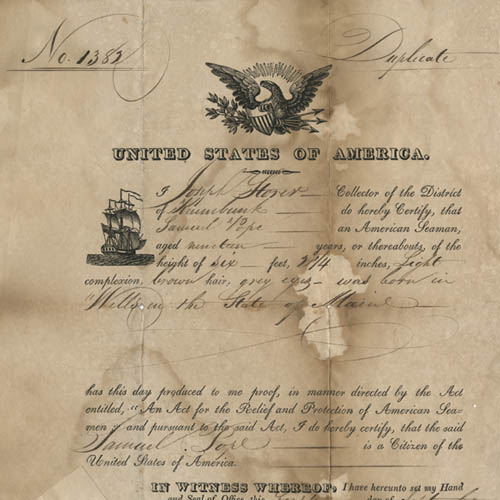 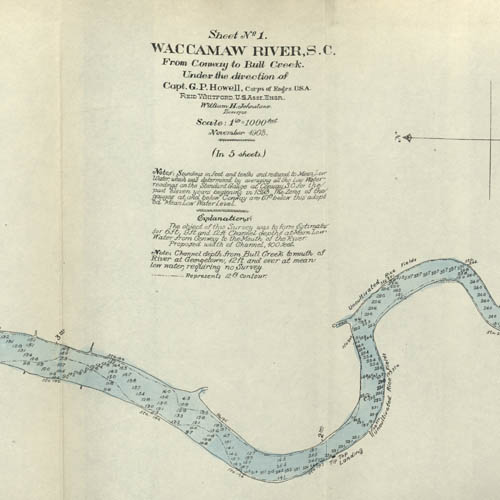 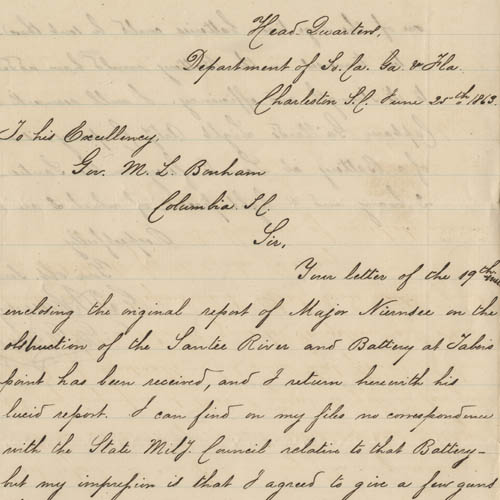 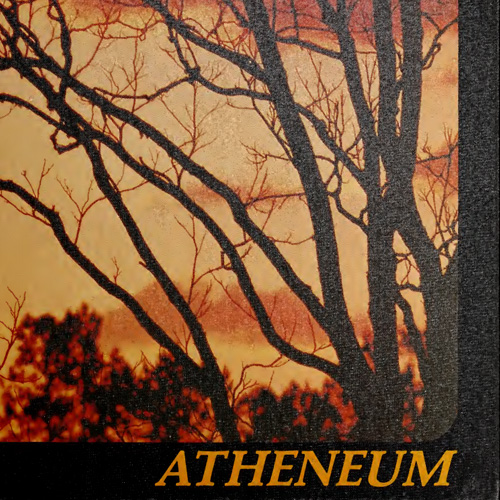